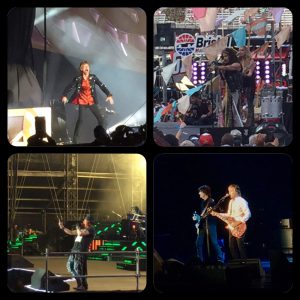 These wordsmiths shrink the stage as they layer reverberating context over the crowd. Rhythmically-packaged perspective that trances the listener through authenticity. Painstakingly crafted sonnets that compel the fan to feel the inspiration behind each song. Songs that are often autobiographies; firsthand accounts of life experienced, both good and bad.

In contrast, our coaching profession seems to be drowning in shallow sound. Noise that results from over-sampled, overly-repeated, market-ready one-liners delivered by karaoke crooners who hit the high-notes but lack perspicacity.  Miles of acumen that is gained on the road, where careers are honed through short-term residencies in ill-equipped, over-crowded training halls that resemble dive bars when compared to the lavish stadiums that patiently await.  Real-world instances that mold range, pitch, and control; allowing theory to become practice and art to become cathartic.

The ability to bring breadth to breath is bolstered through time spent as the opening act.  Openers that are chosen due to their potential, but are not yet established enough to headline.  Young up-and-comers, who should recognize that the real value is not in the show itself, but in the backstage pass that provides them with full access to observe the nuances required to fully mature a craft.  Nuances that are sorely missed by those one-hit wonders who failed to grasp the difference between recording and a record.